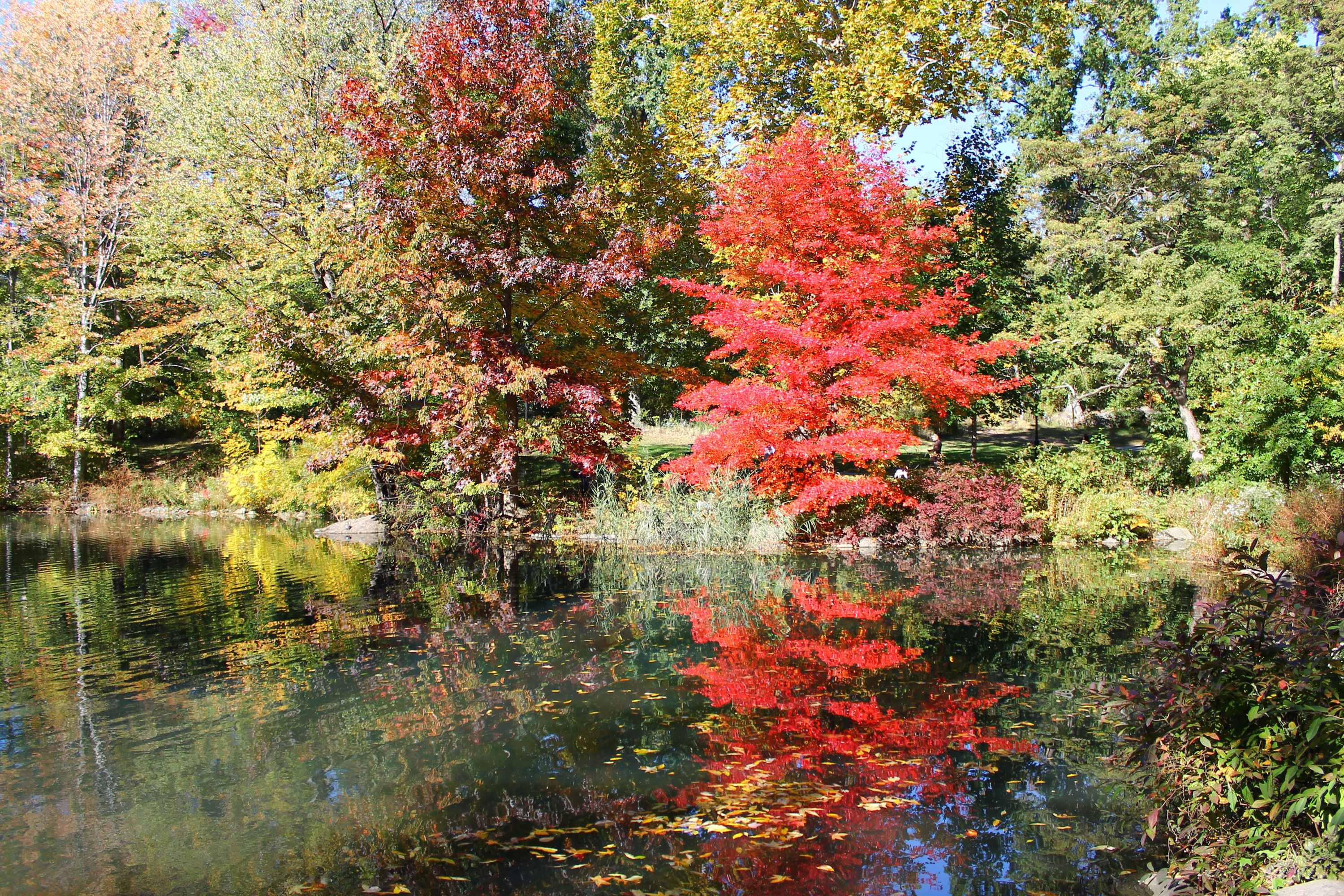 What is the goal of your organization?
Partnerships for Parks as a joint program of the city and a nonprofit organization is here to help, grow and support sustainable community groups and activity in NYC parks across the city. The parks we focus on are the neighborhood parks, the local parks, that don’t necessarily have a formal conservancy to take care of them. We engage everyday people from across NYC who care about their parks in their neighborhoods and we provide many different types of skill building opportunities, grants, staff support to help and develop a community based group to care for their local park. 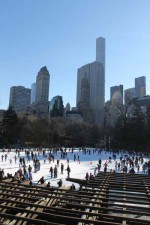 How do you involve the local communities in your projects?
We involve people in a number of ways. The first thing is that when we are thinking about the kinds of resources to develop for people we want to know what is most needed so instead of just creating a program without speaking to anyone in the public 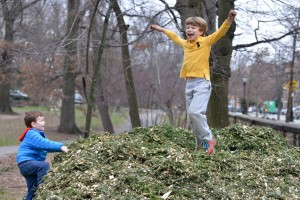 we will take the time to produce service where ask people what kind of resources they need and they want. If we are developing a new workshop or new training we often ask people what kind of skill would you like to develop, maybe it’s fundraising, maybe it’s writing skills so they can learn to write a proposal, maybe it’s planning an event, so once we know what people really want and what they need we create programs to respond to those community requests. Another way we involve people in our work is primarily what we hear to do is to connect people in the public with the decision makers in the City Government so that people can have a say and input into the design of their parks and into the programs that have been brought into their parks, so that really reflects the community’s idea of what is useful for them and what is interesting to them.
We go directly into communities across the city through staff, we have outreach coordinators that work with people in the public everyday to figure out how to bring them to meetings with the City Government, whether it’s in a community board meeting, which is part of our governmental process here in NYC, whether it’s a community event or other kind of meeting that’s taking place 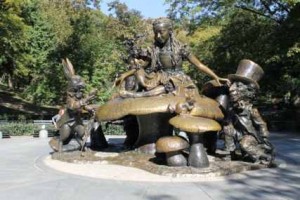 in the evening or an event on the weekend. We try to bring people together with the decision makers from the Parks Department so that they can have conversations about what the community is interested in for their local park. We gather input from people both we also make sure that people are speaking with the Government to be a part of the decisions they are taking place about their parks in their neighborhoods.

Have you some local partners, for example schools or other nonprofit organizations?
We have many partners throughout NYC. We have a program called ” It’s my park ” which is from March to November where they are involved volunteers in parks so it’s a way to beautify and to enhance park spaces everything from planting flowers to painting benches and fences to really upgrade our park spaces and so we work with companies such as ING, American Express, Ralph Lauren and many other corporate partners who come to us, they bring their staff, their employees out to a park for a day, it’s a great experience for them because they do love team building work. 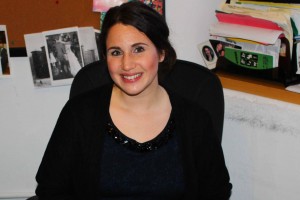 We also work with our community partners so we have hundreds and hundreds of community based organizations. There are many of which that are right informal they are not a 501c3 organization, as we say here, but they are just groups of neighbors that come together regularly to plan programs, to fundraise, to make their park as great as it can be and to involve other neighbors with the idea that there is always a sort of working to grow their networks and people are taking care of those parks.

Do you manage all parks in NYC?
We work in official NYC parks spaces that could be anything from a regular park as we think of it, with a playground or ball fields, to beaches. We don’t necessarily manage the parks, there is a Department within the agency that focuses on maintenance operations work, they are in uniform, they are out in the field everyday cleaning and fixing the equipment, so we work very close with them to coordinate different kinds of projects.

Can you tell us some projects that you realized?
Something was really important to the local community was the renovation and reconstruction of High Bridge which is the oldest bridge in NYC, used to carry water from Upstate New York into NYC, it was also a pedestrian bridge so people could walk from Manhattan over the water into the Bronx. A few decades ago it was closed to the public so wasn’t been used as an aqueduct anymore and it was not available for the public to use as a pedestrian bridge for many years and so we had supported for many years those community members that want to see this bridge reopened. It took many years of advocating and fundraising until the Mayor and some other politicians committed millions of dollars to having it restored and so last year we accomplished that project and this past summer we celebrated the reopening of this historic bridge. It was a long process but it was one of the most exciting and significant victories I think, for the public working with the Government to really make an important change in a park space in two communities that really saw this vision realized. 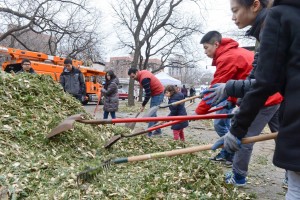 How do you finance your projects? Have all projects to be economic self sustaining?
In Partnerships for Parks we have money to find our work through the Government so we have public funding but we also have private funding through City Parks Foundation. We also, through trainings and workshops, show people different ways to fundraise so that they have the money that they need to buy materials for the work that they are doing.

How do you promote the citizens empowerment?
We have citizens that are from here, live here, we also have people that have businesses, people that are in New York for maybe a brief period of time so we engage all New Yorkers as long as they care about their neighborhood and their park. It’s important to us to make resources available, access available to people. When we are thinking about access I think the most important form of empowerment is helping people to be a part of decisions. We feel that by connecting people to decision makers and by providing the skills and tools we can really create very dynamic assets for communities in parks and green spaces. 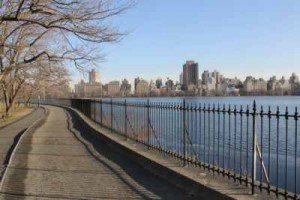 According to you, in a particular city like New York is the shared care of public spaces a good solution for people integration?
Yes, in a city like NY most communities don’t have a lot of private land or private backyards so our parks are our ” out living rooms ” . There are common spaces for gathering with our families, with our friends where we go to play, to rest, to breath clean air, to get some sun. Especially in a big city we really have a treasure, green spaces for a health both physically and emotionally and we can use common spaces like parks to connect people. You can meet your neighbor in a park, if you didn’t know from where you live, and maybe you develop a friendship. When you bring groups of people together you find there common desires and common interests. And a great way to do that it’s starting in a place, that is a common place, a shared place, a neutral place compared to someone’s private house or a private institution. 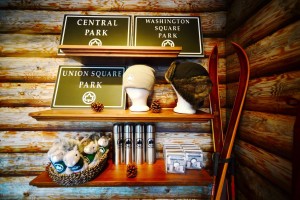 How much is the external communication important in your work?
Communication is very important. We want to make sure number one that people know that we are here; our primary focus is to support people and to connect people with the Parks Department so we have to make sure that people know that we are here and what kind of resources we have to offer. Otherwise we can’t do our job so we promote using our website and we think our most powerful tool is through people talking to one another. We have staff that everyday go to neighborhoods across NYC meeting with people, talking to people, going to the park with people and spending time with their family and having conversations with them about what we have to offer. If they are interested we can help connect them to the resources and to the people that they need to contribute to their park and their neighborhood.