This is like the public square, people can come together and talk about all kinds of issues that they want have a chance to. 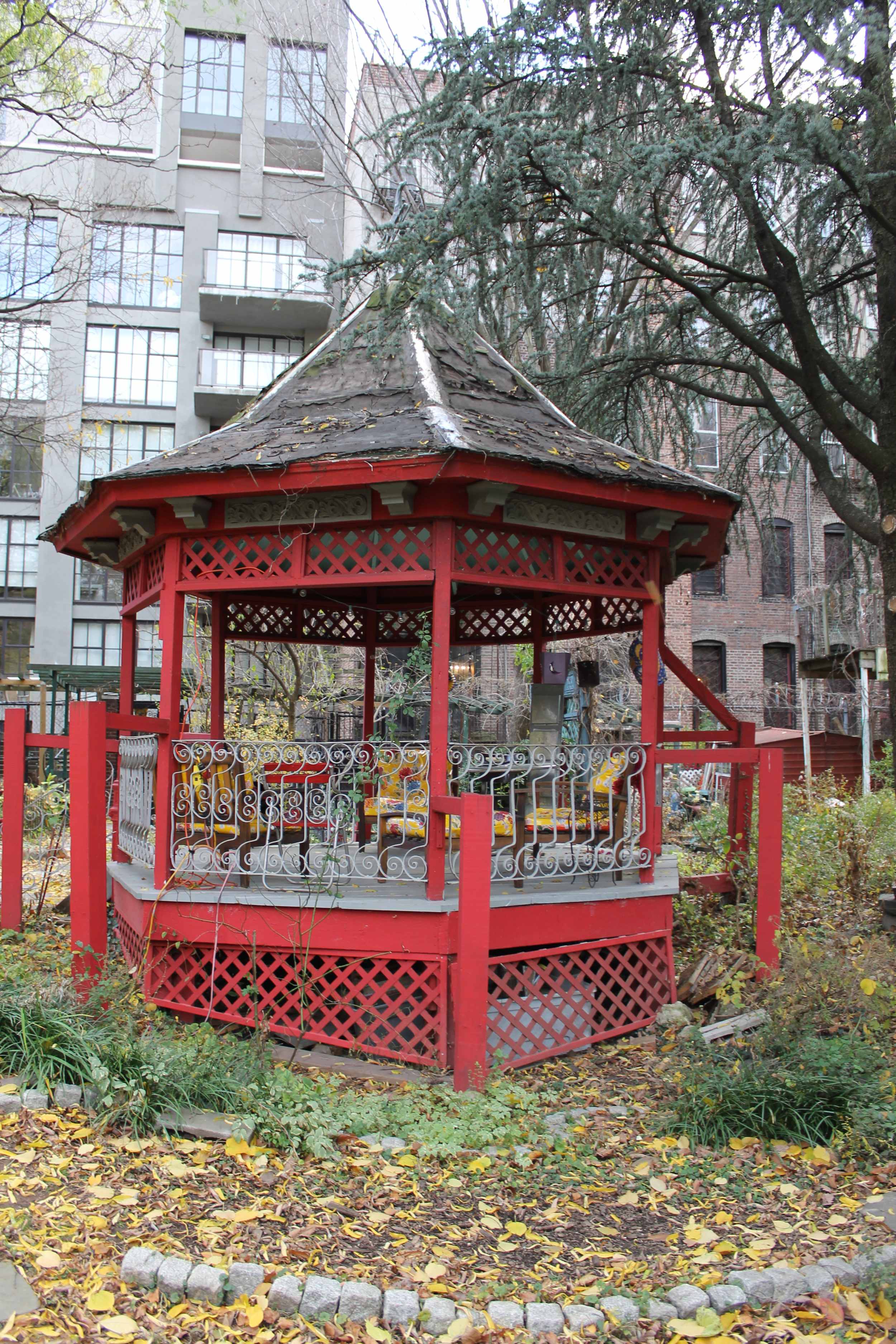 When and why did you found LUNGS?
I founded Lungs in 2011. I started it because I thought that the gardens in this neighborhood needed to work together, communicate better, cooperate more. I realized I have a garden down here, on the 8th street, a block away, I had never been in this garden, maybe I had been in this garden once and I’ve lived there for 20 years. 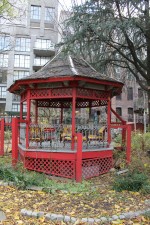 I didn’t know other people and I thought that I am stupid. I thought that we should at least communicate with each other, we could help each other and I say go. When around I started talking to everybody,
I realized I knew people that I didn’t know were gardeners, who were in the neighborhood. People really wanted to communicate with each other and work together and so it was to bring people together also to protect the gardens because the gardens are threaten by the city continuously with development. So by working together we formed this stronger coalition of gardens and it could mean fight the city’s power and create a political force that would give this more stability. What happens to the gardens every four years can be totally different and depending who the Mayor is and the City Council and the politics at the time. So that’s why I started LUNGS.

Were the first community gardens illegal? 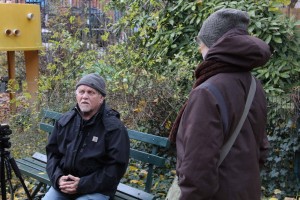 The first community gardens were started by a woman named Liz Christy, here on Bowery and Houston. She started to take space there and said this is gonna be a garden and the city started to fight against her for 3,4,5 years. They were going around taking ” seed bombs ” and throwing out into vacant lots and letting flowers bloom and the city realized that it was a good thing and started allowing people to do that. Before that it was totally illegal, because property it’s owned by the city and they thought we don’t want anybody in there but they realized that it added value to the property and added value to the neighborhood and they provided a space for community and all kinds of environmentally good things.

How do you involve the local community in your activities?
We go around and having talk to people I got lot of information from people, contact information continually, reaching physically the people and talking to them, trying to make as many contact as possible and talking the other people besides the gardeners, beside people who live in the neighborhood. We try to bring as many people together as possible, it’s a challenge but that’s part of we have to do. 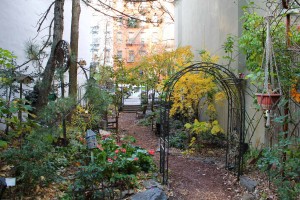 Have you some partners for example non-profit organizations or schools?
We work a lot with the New York City Community Garden Coalition which is a city wide coalition of gardens. We also work with GreenThumb who is a city agency, Green Guerillas is another non-profit that has a lot of gardening work. We work with whoever is available and is willing to work. And we work with the schools.

How do you finance your projects?
We have gotten grants in the past to help to finance programs, everything is volunteer so just not a lot of money comes in. It’s very much volunteer-based program and very much not about money so it’s more by trying to get people to cooperate, by giving work to each other to build a stronger community.

According to you, do you promote the citizens’ empowerment?
Yeah, definitely! It’s all about citizens’ empowerment. I mean our focus is this is our land, this is the city, the people and the land, not the city, the government. The government here and not just in New York, is almost ineffective at this point. They don’t even talk about climate changes. Everybody here knows because of Sandy what happened here, we are aware of that, we all know the truth but the Government can’t respond to that, so we have to take it upon themselves to formulate new programs. I can supersede the Government’s programs and make them stronger. That’s all about citizens working together. 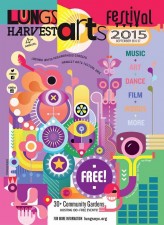 Can you tell us some particular projects or activities realized in the gardens?
We have festivals, we have had a fest every year for four years now. The last year there were thirty eight gardens involved in, we have a CSA which is a cooperate food, distribution service. Every Sunday people come in and bring food from upstate gardeners and people come in and buy a beg of food for ten dollars, it’s very cheap, good produce. We have had programs which we have high school kids working here in the gardens for six weeks, they get paid by the city, it’s the summer program. They work in helping the gardeners and also getting jobs and being outside and learning about the garden.

The garden is property of New York City so have you a contract?
They give some licenses every year and we have a four year license that we get every year. 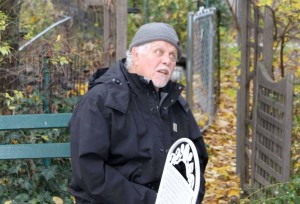 After four years you can renovate..
They renew and they do it know but they have the option. It’s all the way the license is set up and the way it’s structured, it’s all the city’s discretion. We can only ask what we want to.

How much is important the external communication in your work?
It’s totally important. Everybody has to know what we are doing otherwise we can’t cooperate so that’s why the internet is a huge tool that works but communication face to face is the strongest thing we can do no matter what happens, that’s the strongest thing. It’s really about personally talk to someone. It’s the same old thing, it never changes. 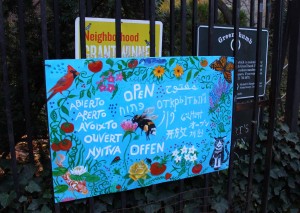 The last question, did the public spaces’ care promote, in a particular city like NY, the community integration among several communities? For example in the Lower East Side there’s a great Spanish community.
This is like the public square, people can come together and talk about all kinds of issues that they want have a chance to. They feel that they are empowered and that they have the ability to speak to each other. They said the gardens really create community, very diverse people, who may not ever have an opportunity to talk to other people in their daily lives until they come here. It’s a huge community builder, it’s very much bring all the different kinds of people together here. People here are responsive to one another in a way and so the community gardens facilitate that immensely: ” community ” is the first word, ” gardens ” the second one. People learn to trust one another and to trust their judgment and to be able to speak to each other plainly and it’s very healthy for each other and for the neighborhood, for people just to communicate.